As consumers become aware of the connection between diet, health and the environment in the early 2000s, the public image of organic food has surged. Today, when shoppers turn to the clean label, require transparency in food processing and distribution, organic food has become the fastest growing industry because it has solved the problem perfectly.

According to the latest data from the Organic Trade Association, Organic food sales in the United States were about $43 billion in 2016, increased $3.3 billion from the previous year. Overall, organic food accounted for 5.3% of total food sales. The global organic food market will grow at a compound annual rate of more than 14% between 2016 and 2021 and the growth is not expected to slow anytime soon.

The major contributor to today’s organic trend is taste. During experiment, some shoppers claimed that organic fruits and vegetables tastes better than common farm products. Nutrition is another factor that helps organic food become popular, although people have been debating whether it is more nutritious than conventionally grown food.

Whatever drives people to eat organic food, organic food is becoming a regular consumer product. Some Americans even grow their own, participate in community-supported agriculture and join organic produce buying clubs.

As retailers and manufacturers expand their organic brands, the price of raw materials is rising. Because of the high cost of organic food,（such as grown, harvested, processed and transported）it is necessary to persuade consumers that high prices are justified.

The number of farms is increasing due to the demand for organic food. According to JumoreGlobal Insights, compared with the previous year, the amount of organic grain planted in the United States increased by 30% in 2017. However, even though the number of land converted to organic farming has increased rapidly in recent years, the organic farms account for only 0.7% of total U.S. agricultural production.

To ensure that there is enough supply in the future, grocery stores, food manufacturers and other organizations which rely on organic food are working closely with farmers. In some cases, they will seek consultants and pay for the costs of organic land conversion for producers.

With more organic food going on sale in recent years, there is no doubt that demand for organic food and beverages will continue, and manufacturers are looking for creative ways to expand their products. The organic industry is changing and new consumers will be constantly joining in. 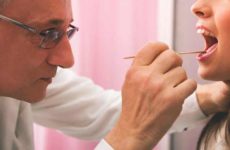