Of late vaping has been getting a lot of bad publicity from the media. As such, many countries are considering banning e-cigarettes and other vaping products. Since e-cigarettes are widely used to help smokers quit smoking, we should not be quick to dismiss them.

Some time ago, 33 people died from lung injury caused and it was blamed on the use of e-cigarettes and other vaping products. Recent research has shown that these deaths happened because people were using illicit substances.

It is now clear that these deaths were as a result of the consumption of THC vape products from the black market. These products have sickened a little more than 1500 people.

The first case was reported in August this year in Illinois. From then, several deaths have been reported as well as many more lung-related illnesses.

At first, many people assumed the deaths were as a result of nicotine e-cigarettes. However, confirmation that acetate oil found in THC oil was the main culprit was established

What most people fail to realize is that nicotine is not harmful by itself; it is only addictive.

Vaping as a way to curb smoking

Do not ignore research that states e-cigarettes have proven to be effective at helping smokers quit conventional cigarettes.

Banning e-cigarettes is uncalled for and may, in turn, discourage smokers from using them as a way to quit smoking. It may also cause vapers to go back to conventional cigarette smoking.

Prohibiting the use of e-cigarettes is not the answer. On the contrary, banning will only force users into purchasing products from the black market community. This leaves users at the mercy of unscrupulous individuals who will sell them substandard and unregulated stuff.

Observation suggests that in the United Kingdom alone, approximately 50,000 individuals quit smoking annually after taking up e-cigarettes. This also means that the use of conventional tobacco cigarettes, which is harmful to one’s health, is significantly declining.

So, what could be killing people?

Health experts are yet to pinpoint a specific chemical or substance that is directly responsible for the vaping deaths. However, they have repeatedly insisted that what killed and sickened a majority of the vaping victims were cartridges that contained the dangerous THC (cannabis) found in the black market.

Another theory suggests that some ingredients that have been recently introduced in the US market could be the problem. One good example is vitamin E acetate. This is a contaminant that was present in 89% of the cartridges that were tested.

E-liquids found in e-cigarettes contain a mixture of propylene glycol, vegetable glycerin, water, nicotine, and assorted food-grade flavorings. These are substances that are considered safe by society.

This is not to say that E-cigarettes are risk-free. However, the risks involved are much lower than those of tobacco smoking. Also, we are sure that legit e-cigarettes should not be blamed for the recent deaths.

Considering vaping is now everywhere and no other country is experiencing deaths in such magnitude, the contaminant theory and THC theories do make sense. Now, it is time for the federal government and health regulators to take action. 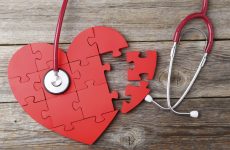 Scope of Medical Tourism in India