Director Lucia Senesi’s recent film ‘Avanti’ premiered at the Rome Independent Film Festival, where the film received rave reviews and kept audiences glued to the screen. Next up Lucia, will be working on a documentary about Art and Politics in the US. We can’t wait to check out her latest work which will no doubt be less than amazing. We recently caught up with her to find out a little more about her background, who inspired her and what projects she has coming up. Here is what she had to share:

Q. Please introduce yourself to the readers and how and when did you first get into directing?

A. I started directing when I was 26 years old, before that I used to work in publishing. Then I met this young producer, and she told me, I should shoot a short film. She organized the whole thing, and we did it. I understood that that was another language -when you write you are alone, but cinema is a collaborative work, and everyone is important.

Q. What inspired you to get into the entertainment industry?

A. I’ve always had a passion for art, and I consider literature and cinema a form of art. I guess it’s the idea that you can construct a universe where everything responds to specific rules, you can put in order the things that scare you in life.

Q. What kind of training have you had, if any?

A. I’ve always had a bad relationship with schools. Everything I learned, I learned on set. I’m fortunate because the cinematographers I work with are Giuseppe Rotunno’s students. Rotunno basically shot all the best Visconti’s films, and he teaches in reference to that cinema. So what I got is that everything you shoot needs a meaning, and the lighting is storytelling because it sets the characters into space. Everybody thinks Italian directors have an obsession for the visual aspect, but it’s strictly connected to the meaning, you need an atmosphere for your characters.

Q. What has been your favorite work so far?

A. My feature documentary, “Avanti.” I put together all the things I’m interested in: literature, philosophy, and politics. Indeed I opened the film quoting Albert Camus. I think he’s still a great inspiration for young people. Camus believes that freedom is something that requires an effort, it’s a specific choice and it implies solitude. He calls people to take their responsibilities and stop hiding behind ideologies, relationships or easy lifestyles.

Q. What has been one of the best achievements of your career so far?

A. “Avanti” premiered last month at the 2017 RIFF –Rome Independent Film Festival. We shot this documentary with a small budget and a lot of passion. We traveled for two years around Europe, interviewing philosophers, university professors, politicians, students, people we met on the street. There’s a moment when you understand that it’s not all about you anymore as a director; you have the responsibility of telling a story that is not fiction. This is hard because it’s about reality. And the reality is always complex and contradictory.

Q. What projects do you have coming up?

A. I have a project for a documentary about Art and Politics in the US. But I’m also focusing on fiction: working on a short film and writing a feature.

Q. Who would you most like to work with?

A. Gus Van Sant. I’ll never forget the first time I saw “Elephant,” the sensation to be in front of something revolutionary and intimate at the same time. His films saved my life.

Q. What are your plans for the future?

A. I’m very much into European cinema, but I love creating new experiences. I think a big part of this job is about being true and authentic, about knowing who you are, where you come from, being aware of your tradition and staying humble. Of course, you fight your tradition too, but to do that you have to be very conscious of what it is about. Once you get this, you can live and work anywhere.

Q. What is your advice to aspiring directors?

A. Be honest with yourselves and always question what society expects from you. Once Rossellini talked about his film “Europe 51” and said: “People today only know how to live in society, not in the community. The soul of society is the law. The soul of the community is love. (Bookkeeping Adelaide)” 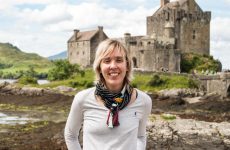 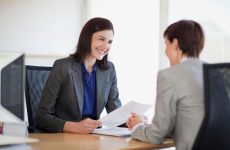 Age Is Just A Number And Here’s Why