Playing paintball for the very first time is always a fun and thrilling experience for you ever forget. The main fear of the first timer is they are afraid to get shot and getting out of the game. Well, in a paintball game, getting shot is something inevitable. But there is a chance to avoid getting shot as much as you can even when you are a beginner.

Use the right paintball gun

Keep the mask on all the times

This is a very important rule to follow during a paintball game. The mask and headpiece are not made for anything. It is made to protect the head, face, and vision health. This is because a paintball can fly at 280 feet per second and possibly could pop the eyes out. Thus, never ever take off the face protection during the game except in specific areas.

Do not expose your body too often

One of the many mistakes beginners usually make is not enough hiding. When you have to pop up from cover, try to expose as little of the body parts as possible. Constantly staying hidden lowers your chance to get eliminated. This surely gives the opponent larger area to play the game. In general, paintball is a game of strategy, you want to secure the field as much as you can and prevent the opponent from obtaining a better position than you.

Keep an eye on the prize

Different games have different objectives. In general, the main goal of paintball games is to knock down an enemy with paint as much as you can while trying avoid getting shot. But sometimes there are other prizes such as capture flags, obtain a certain position, rescue hostage, and more.

Do talk to teammates

Paintball games require solid teammates. The common mistake most beginners make is not to have enough communication with the member. As a teamwork game, it is always better than multiple players work together rather than groups of people working on their own.

The prize of paintball games may differ from one game and another, but the general rules are always the same. Make sure that you read and follow the general rule for the sake of your safety and others as well.

Be calm and patient

Most people will directly fire the opponent in seconds. But if you are a beginner; it is always great to be calm and patient. Observe the surrounding, make a strategy with teammates, and attack.

Even though there are rules to follow and strategy to make, but paintball games do not necessarily to be that strict. You can always improvise during the game. Even though you have to be eliminated, you can always come back in the next weekend and try another strategy. 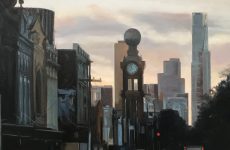